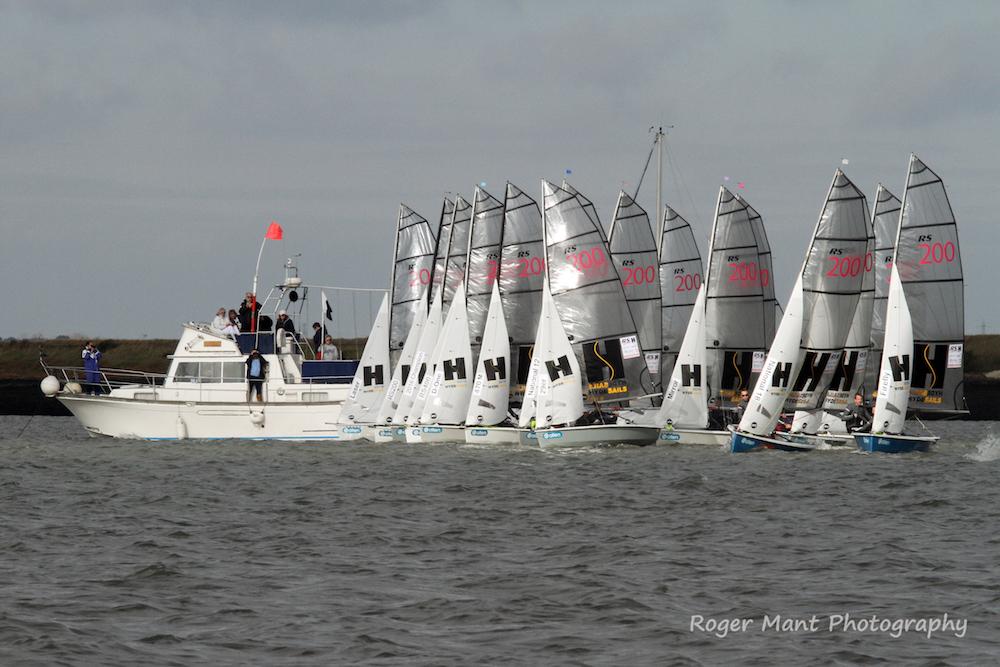 Going into today’s final three-race showdown, Saxton and Lewis were just one point ahead of Nick Craig and Holly Scott (D-One) but just minutes into the first race of the day, disaster struck for Craig/Scott when gear failure forced their retirement from that race. Thankfully a swift repair job to the gooseneck meant they were back in action for the penultimate race of the series. 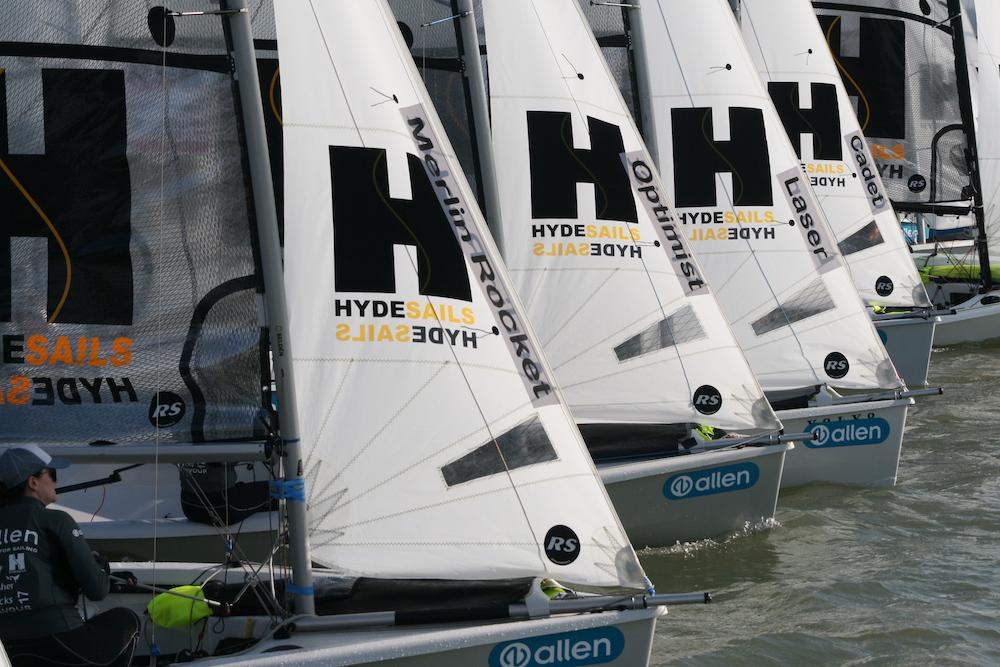 Craig, six-time former Endeavour winner, admitted however, that even without the gooseneck failure he believes Saxton would have been hard to beat.

It was good to have won some races from him [Saxton] yesterday because it made it all a bit more interesting with just one point between us but when we had to retire it was pretty much game over for us. To be fair to Ben, he did the business. He was going fast and it would have been tough for us to break his domination. 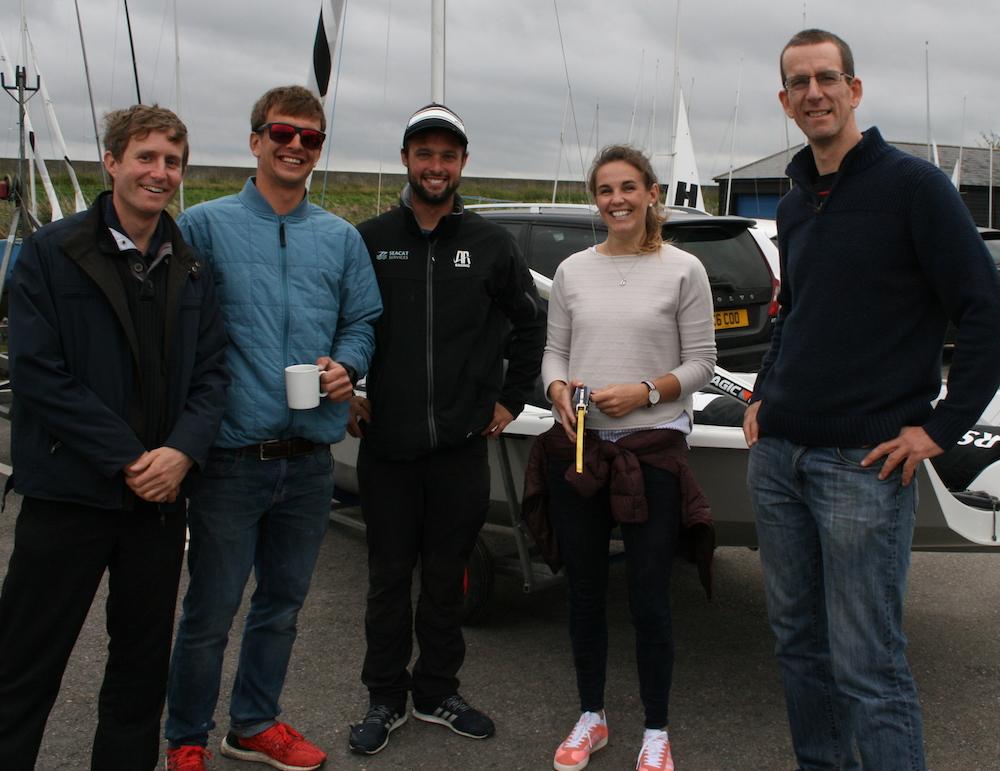 In stunning summer-like temperatures and winds in the 16-18kt range, the 30-strong star-studded fleet enjoyed close tactical racing on the relatively sheltered waters of the River Crouch and Roach. As well as tip-top racing techniques required in the Phil Morrison-designed RS200, winning or losing was also down to gaining the best tidal advantage.

Commenting on his overall win for the third year in succession a delighted Saxton, fresh from his Nacra 17 world championship win, said: “It was a difficult tactical day today, and it was important to chose the correct shore. Winning here is all about tactics and thankfully because we are quick we have the advantage of having tactical options. Given the one point margin going into today’s race we always had to keep one eye on Nick and Holly. We were enjoying close racing with them in the first race, and feeling good after tacking on them and overtaking them halfway up the first beat but then their gooseneck broke, which was a shame for them.

It was really tough this year and we had to really work very hard so I was glad to have someone like Toby at the front of the boat to make me look very good. He is a superstar.

Lewis the supercrew, who by winning his seventh Endeavour Trophy today has now broken the event’s winning record, spoke highly of the event: Lewis added:

Coming to this event is the highlight of the year because the standard is so high with everyone a national champion. I would like to thank the Royal Corinthian YC for organising such a great event both on and off the water, and all the effort that goes on behind the scenes. It really is a special event and we always feel honoured to be part of it. 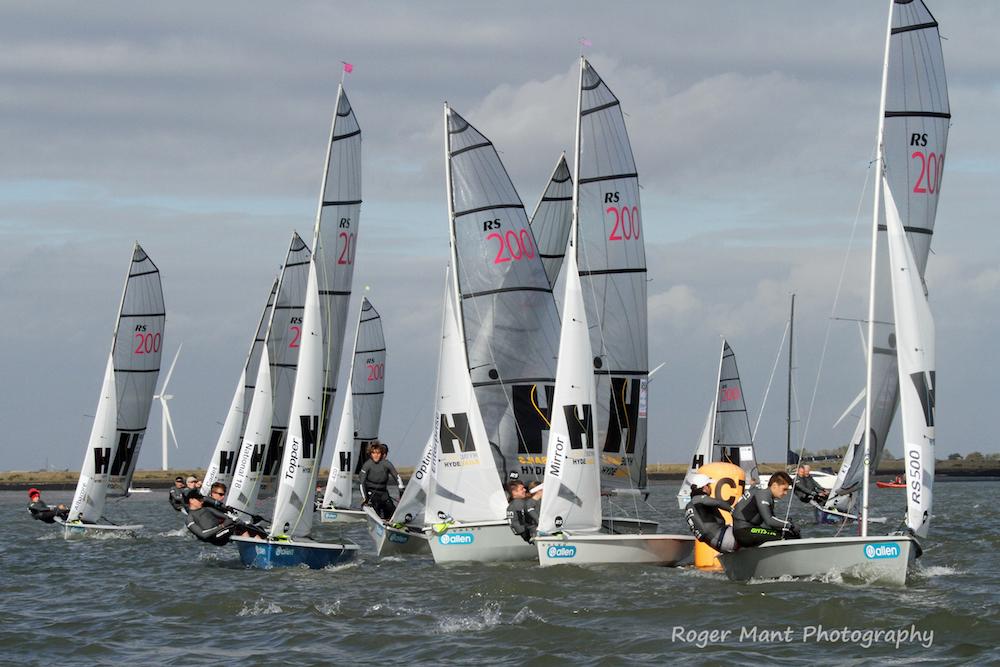 Although Saxton and Lewis ultimately won every race, it wasn’t a complete walk over by any means, particularly in the second race of the day (race 7) when Steve and Sarah Cockerill (2000) sailed impressively to hang onto the lead for the majority of the race. Despite finishing 12th overall, a delighted Cockerill commented:

He [Saxton] managed to nibble me at the top mark on the second beat. He just managed to get inside us and because he was unquestionably quicker than us downwind we were unable to take him back. 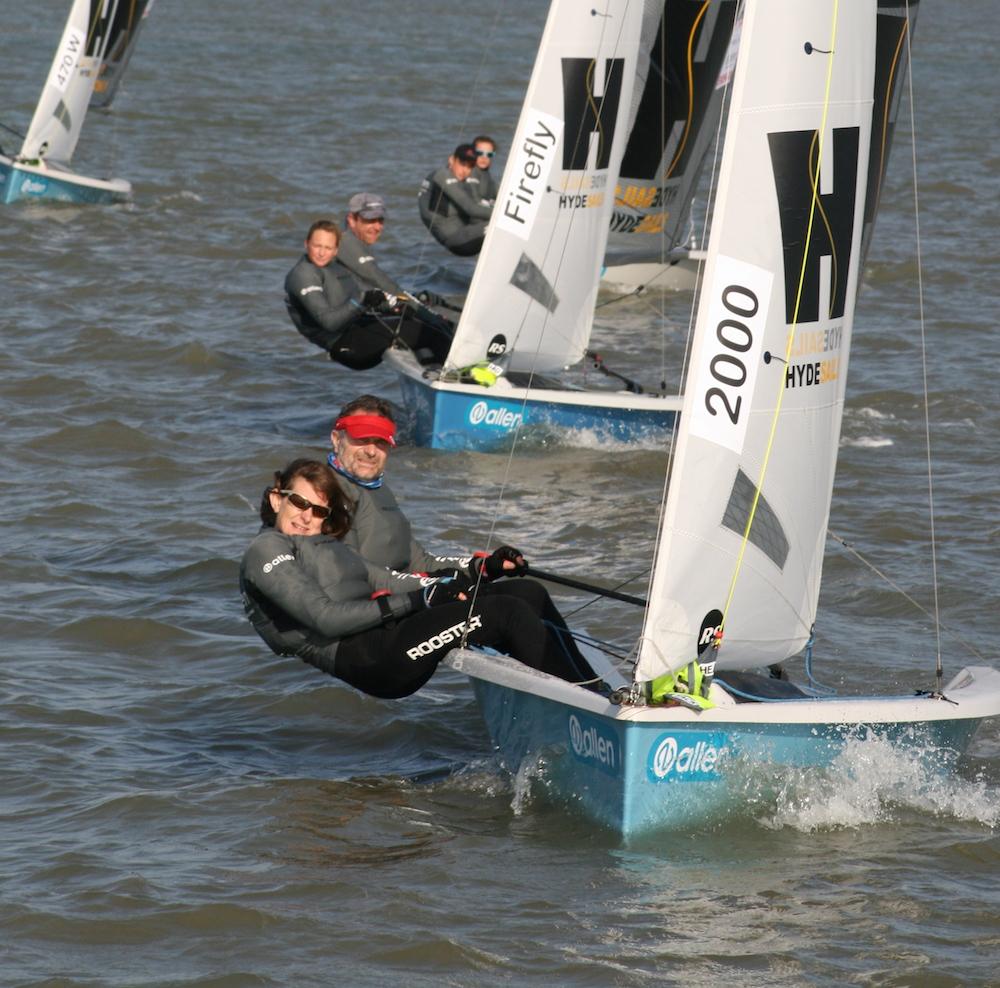 Roger and Jane Gilbert (International 14) quietly but confidently sailed a really impressive series to see them take third place overall. A scoreline, which included three fifth places, a third and a second was the sort of consistency required in this highly-fuelled fleet. In fourth place overall were the equally consistent Jon Gorringe and Emma Clarke (RS400) who today sailed well and finished the series with a third and two fourth places.

The young brother and sister team of Bettine (14) and Jamie Harris (Cadets), gave an indication of what they likely to achieve in the future with their impressive display in the second race today when they led to the windward mark. They finished sixth in that race and were delighted with their performance. Bettine commented:

To cross ahead of Ben Saxton at the top mark was really amazing and quite nerve-wracking especially when we were crossing gybes with Nick Craig also. Bit scary but we learnt a lot about angles and the importance of keeping up the speed at all times.

With eight races completed the fleet headed back upriver to the Royal Corinthian YC where the prizegiving marked the closure this unique, annual champion of champions’ series for the Endeavour Trophy. 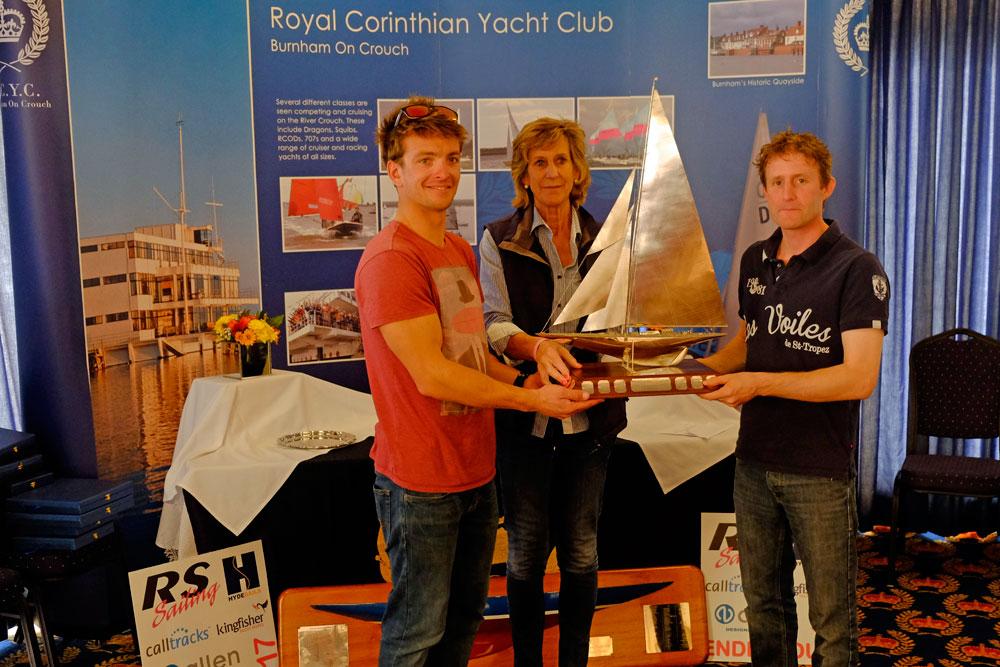 Since then numerous one-design classes have been used for the event including the GP14, Laser 2, Lark, Enterprise, RS400, Topper Xenon, and the Topper Argo. The 13ft (4m) Phil Morrison-designed RS200 – a smaller version of the RS400 has been the chosen class for the Endeavour Championship since 2015. It weighs in at 78kg and is an ideal choice to suit a wide crew-weight range. 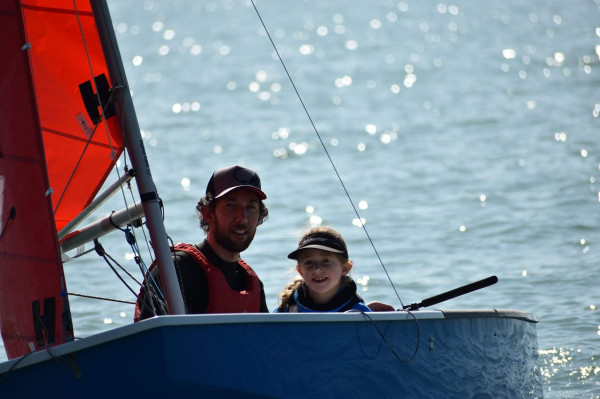 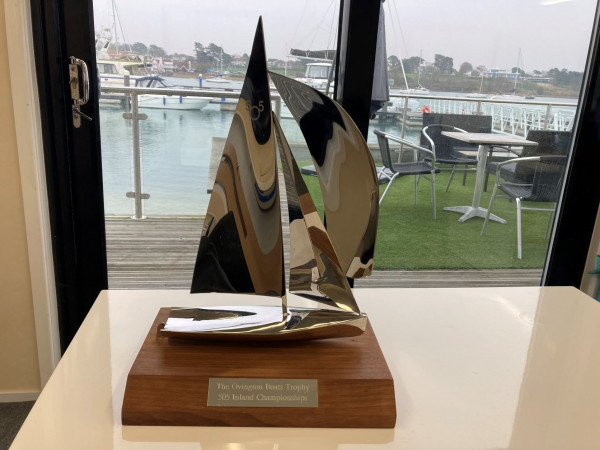 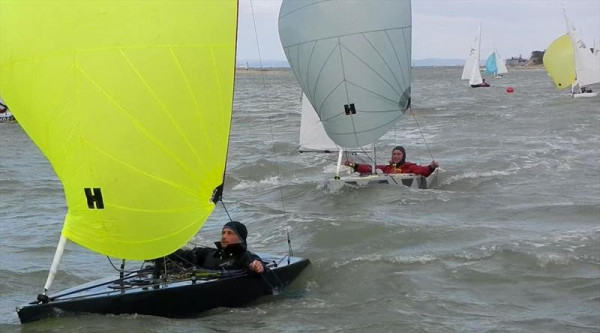 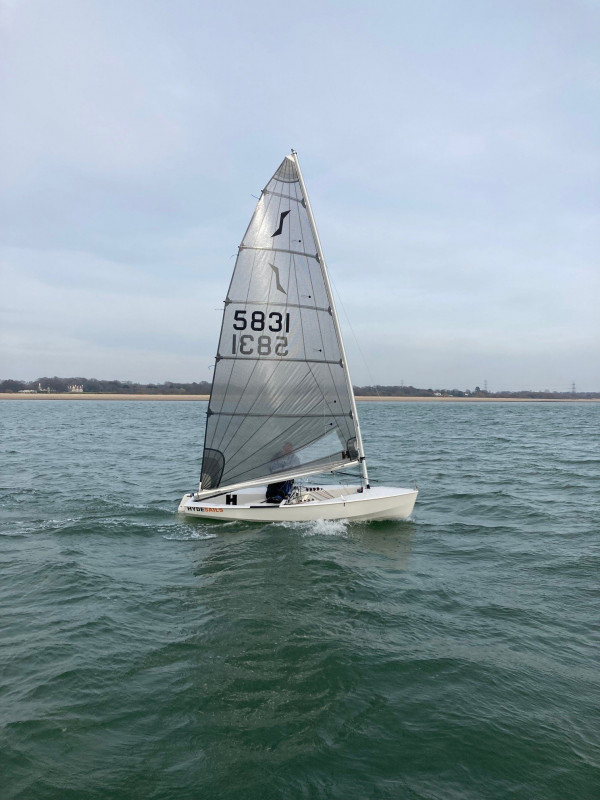 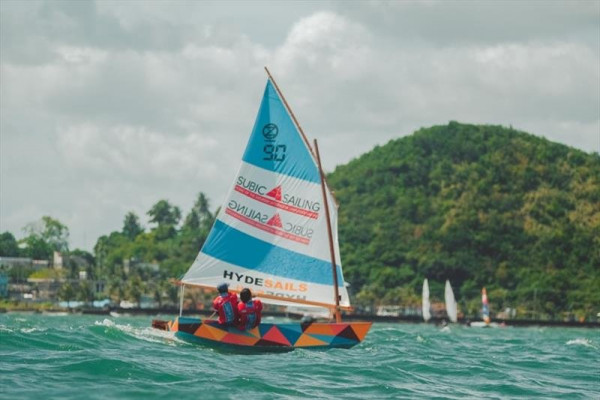